Today, Pampanga is a thriving culinary capital that boasts of progressive industries.

Centuries have shaped the colorful history of Pampanga – considered the first province and the “richest booty” created by the Spaniards in 1571 – resulting in a rich cultural heritage evident in its people, arts, crafts, cuisine and its traditions.

Its local economy would also grow in importance, especially in recent decades, as one of the most attractive investment destinations today, recovering from the devastating eruption of Mount Pinatubo in 1991 and becoming a resilient economy model.

Today, Pampanga is a thriving culinary capital that boasts of progressive industries, such as manufacturing, wholesale and retail, auto repair, accommodation and food services, among others.

This first-class province has also seen the completion of modern infrastructure that has further enhanced its competitiveness as a destination – from its highways and highways that have improved access and connectivity, to its five existing municipal ports that operate as fish landing centers and two airstrips, namely Basa Air Base in Floridablanca and Clark International Airport in the Clark Freeport area. 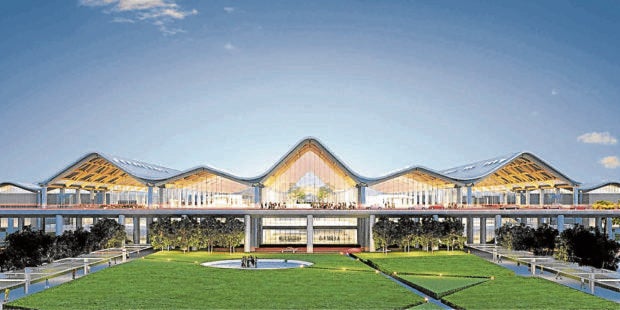 In addition to its strategic location and proximity to Metro Manila, the province’s pool of skilled workers and improved infrastructure, Pampanga is also home to special economic zones and industrial parks like the Clark Freeport Zone and the Special Economic Zone, Clark IT Park and Pampanga Economic Zone, among others. These ecozones and industrial parks help create employment opportunities for communities, thereby strengthening the region’s economic potential.

The government also plans to build the country’s first “agro-industrial trade corridor” (ABC) in Pampanga to provide more opportunities for the countryside. The site will include modern agro-industrial facilities and a national seed technology park. ABC is expected to complement the planned Clark Fresh Market, which will be at the Clark Civil Aviation Complex.

But while the province of Pampanga has become a vision of continuous progress, its cities offer a distinct charm, as it has managed to maintain a balance between modernity and tradition.

Take the case of its capital, the city of San Fernando, considered the center of commerce and trade in the region. It has become an “agro-industrial-commercial metropolis” which is economically competitive given its strategic location in the Manila Clark-Subic economic triangle.

Big business continues to flock to San Fernando, which is currently home to convention centers, shopping malls, banking institutions, bottling companies, and manufacturing businesses. According to its local government, San Fernando is broadly classified as a service and retail economy, with these industries accounting for about 75 percent of the total registered businesses in the city.

At the same time, however, it has maintained its cultural richness, whether for its culinary expertise, festivities, traditions or distinct craftsmanship. After all, this 6,930 ha city has claimed titles such as “Christmas capital of the Philippines” and “the house of giant lanterns”. His “Via Crucis”, which depicts the passion and death of Jesus Christ during Holy Week, drew crowds before the pandemic.

Angeles City, too, presents an ideal mix of old and new.

Home of sisig, Angeles City has experienced a construction boom over the past few decades with businesses setting up malls and retail spaces, hotels, residential condominiums, restaurants, and other recreational complexes.

What makes this area much more exciting is the fact that it will benefit from the upcoming Malolos-Clark railway project. The 53.1 km railway line, which will connect Bulacan to the Clark Economic Zone and Clark International Airport, will be the Philippines’ first airport express rail service. One of its seven stations will be in Angeles City.

Vibrant and prosperous, this highly urbanized city has however managed to preserve its cultural character as it features some of the most interesting Filipino heritage structures of the 19th and 20th centuries; museums; Clark Air Base, a US-led military fort, among others.